As the company that made a stunning appearance at this conference, Changzhu Group won the title of "2020 China's Leading Brand of New Urbanization Service Providers" with its excellent business sense and forward-looking strategic vision. Its representative work, Chunfeng Changzhu Project, won the "2020 China "Excellent project brand in characteristic town", attracted the attention of many media on site. Mr. Liu Bo, Chairman of Changzhu Group attended the meeting and received the award. 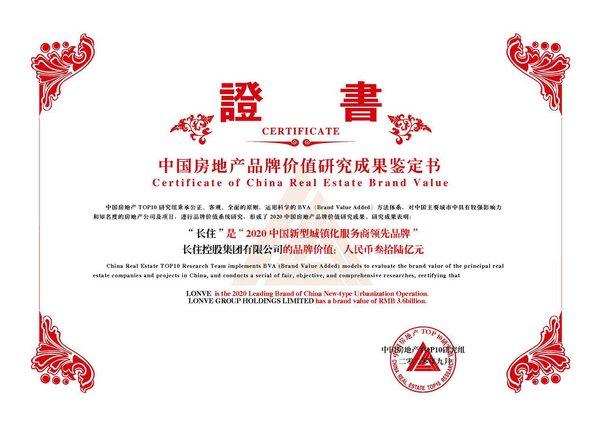 Interpretation of China, a new type of people-oriented urbanization

Studies have shown that when the urbanization rate exceeds 70%, the population flow will appear counter-urbanization, that is, the urban population begins to gradually shift to the suburbs. This is an inevitable trend after human civilization reaches a certain level, and it is also a concrete manifestation of the Chinese people's pursuit of a better life.

The scientific thesis that "green water and green mountains are golden mountains and silver mountains" has been put forward for fifteen years. New urbanization and beautiful rural construction are also constantly creating new miracles in this vast land of China. The new urbanization construction with people as the core is gradually opening the curtain of the times.

Through accurate research and judgment, Changzhu Group has deeply analyzed the relationship between economic development and environmental protection, and believes that the transformation channel between green water and green mountains and Jinshan Yinshan lies in the organic integration of new urbanization and beautiful rural construction. Only by taking into account the economy and ecology, development and protection, can we blaze a new path of development with a difference.

Based on this, Changzhu Group, as one of the few domestic comprehensive service providers focusing on the closed-loop operation of the new urbanization industry, has been deeply involved in China's new urbanization construction, and in just a few years, it will quickly target its own corporate positioning and development track , And achieved fruitful results. The award this time is the greatest affirmation from the industry and authority.

In the first half of 2020, under the principle of “no speculation in housing and housing, policies are implemented according to the city”, and the impact of the prevention and control of the new crown epidemic is superimposed, many housing companies and property service brand companies are oriented towards returning to the essence of residence and actively responding to government calls and customer needs. Continue to inject the genes of the times into the brand and create new kinetic energy for running on a new track.

"Our self-positioning is not just a pure real estate development enterprise, but based on the concept of Sansheng value development, to provide customers with a beautiful life scene. While creating a complete closed loop of the town’s ecology, we provide international education and beautiful life services ( Property, agriculture, community commerce, etc.), so as to realize the hometown that can be returned to the distant place." Liu Bo's interpretation subverts people's inherent impression of real estate development enterprises. 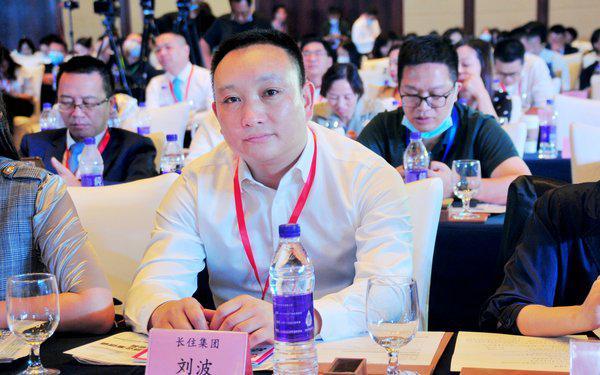 As an active explorer of China's new urbanization, Changzhu Group has a mission and sentiment, and the innovative ideas it brings carry people's desire for a better life, and it is also setting up a new model for people's ideal life. And those who are committed to realizing such an ideal scenario are worthy of today's honor.

A spring breeze will blow all over China

According to data from the National Bureau of Statistics, 180 million people have returned from first-tier cities since the outbreak of the new crown. Especially in Beijing, Shanghai and Zhejiang, more and more people are beginning to pursue the rural life of poetry and wine. To create a hometown within reach for every Chinese, so that they can not only feel the heartbeat of the city, but also hear the beautiful life of the fish in the pond... The long-term corporate mission comes from this.

Efforts to create a Chinese-style happy town life vision, since then entered the "long stay era", will trigger the second round of rapid development.

Just as the China Index Research Institute evaluated Changzhu Group: Respect for the laws of natural development, based on ecological civilization, and green ecology as the development keynote, and respect the rural context and the law of change on the development scale. Taking advantage of the trend is the crystallization of Chinese people's wisdom for thousands of years. Although young, they know how to live long.

Create a spiritual hometown and dream of a better life - A brand-new dream is condensing, and the journey on the road urgently needs a pioneer who can take on the important task. Don't forget the original intention and move forward. The long-stayers said it and did it. It is not only a practitioner of industry development, but also a mission bearer for the industry in the future. I believe that in the next few years, with the high-quality take-off of the country's economy, the dream will come true for a long time, and it will stride into the next glory.