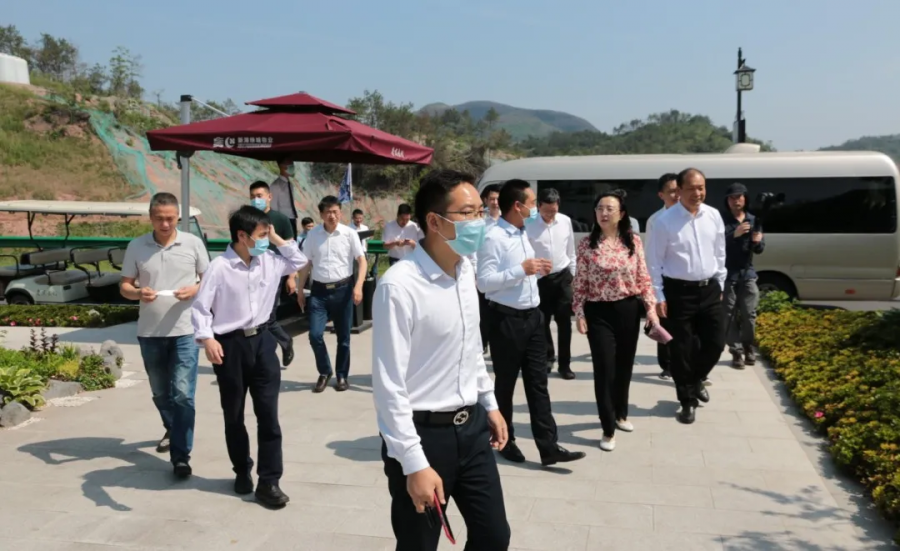 Liu Tao, President of Longzhu Group, warmly received the government leaders, and led a tour of the Aesthetics Pavilion and the model room area, and discussed and exchanged views on the development model, project progress, and advantages of the Blue City·Chunfeng Long Stay Project. 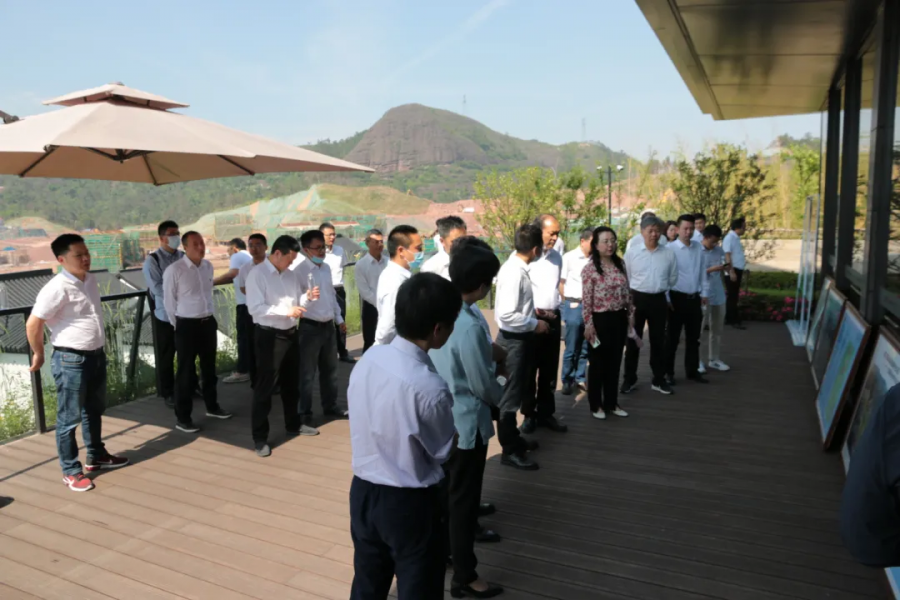 The group first came to the Blue City·Chunfeng Changzhu Aesthetics Museum, and clearly introduced Pujiang County's land remediation and ecological restoration projects, global remediation plans, and pastoral restoration and improvement. After a round of enthusiastic discussions and exchanges, everyone entered the aesthetics hall. 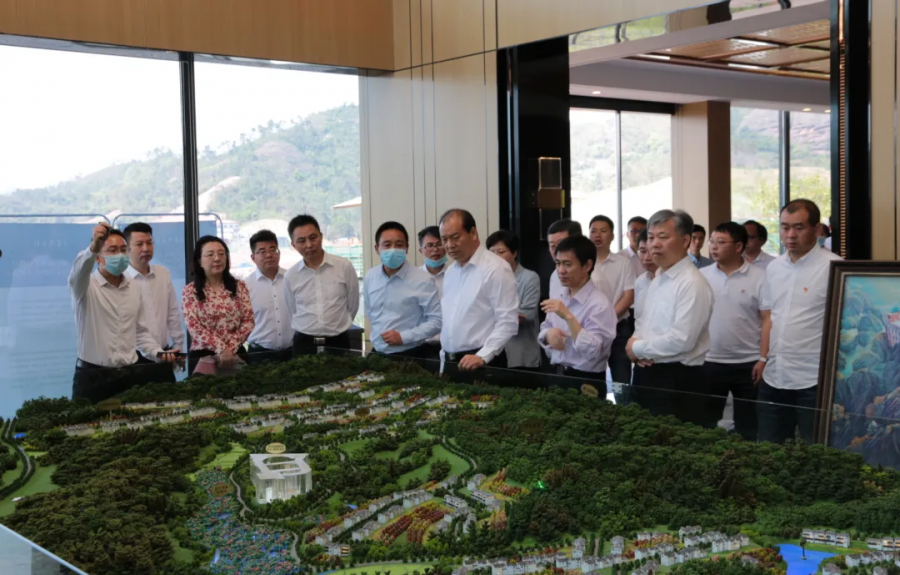 Before the sand table, Li Shanjun, assistant general manager of Changzhu Group, gave a detailed introduction to the whole project:

——Chunfeng Changzhu Town occupies more than 1,000 acres of land. The building is built on the mountain. It is a mountainous Home composed of Chinese American houses and private gardens. The building area is about 216-321㎡. It is a "house in the forest. , Garden in the mountains", an ecological town integrating mountains, water, forests, fields and homes.

At this time, a peach blossom source between green waters and green mountains appeared in front of everyone, the mountains, the water, the forest, the beautiful house... everyone stopped to comment and admire. Then the group came to the model area to visit and admire, but it was refreshing to see the white walls and tiles, the cornices, the front courtyard and the back garden, the Jiangnan lanes... plus the sight of the mountains and forests and fields step by step. 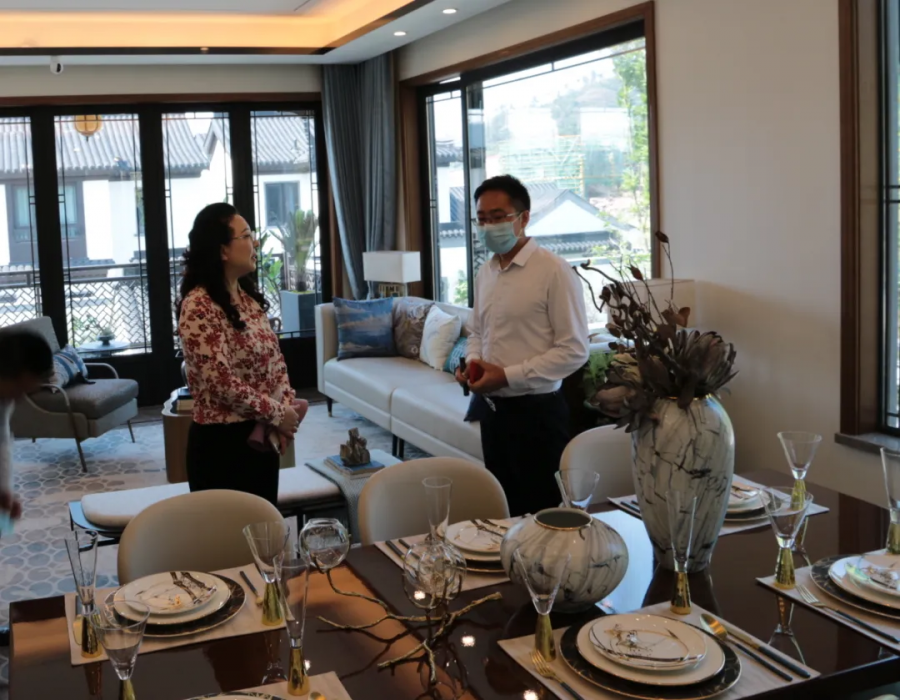 "Compared to the barren hills and slopes before, it can be regarded as a big change now! Rural construction needs to preserve and respect the rural context and the law of change, symbiosis with nature, and at the same time conform to the comfort and convenience of human living. Spring breeze Long lived on this point very well, it can be said to be a benchmark."

From the planning to the products, the Chunfeng Long Stay Project was fully affirmed and highly appreciated by the leaders present. 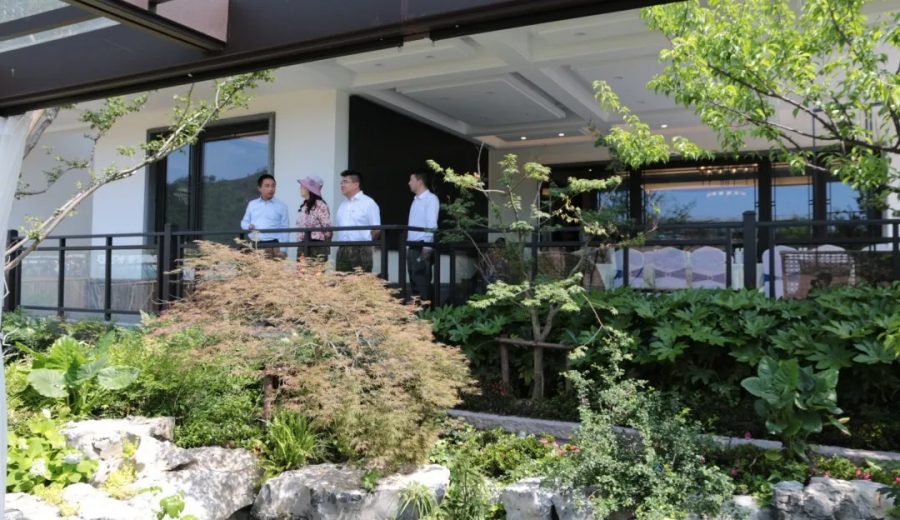 Zhang Jianhong, secretary of the Jinkouhe District Committee, believes that the innovative model of the spring breeze living in the small town is worth exploring and learning; and said that Jinkouhe District will strengthen the communication and industrial connection with Pujiang County, promote regional cooperation, coordinated development, and realize the common win.

I believe that with the care and support of leaders at all levels, Chunfeng Long-Living Town will build an ideal home that is "warmer than the city, more civilized than the countryside, and more advanced than the world".

Spring Breeze Changzhu is not only a few hundred square blue tiles and white walls, but also not only the spiritual hometown of urbanites, but also the "source code" of China's economy, society, ecology and technology for the next 30 years.