On December 20th, the tide rises from Yihang, and the township has two rivers. The establishment ceremony of Hangzhou Yichang Chamber of Commerce was successfully held in Hangzhou Zhijiang Hotel. Liu Bo, chairman of Changzhu Group, was invited to participate in this event, with government leaders and nearly 500 Hubei people Entrepreneurs from Yichang province gathered together to participate in the grand event.

At the celebration, the Yichang Changzhu Wonderful New City Project (Dianjun) and the Changzhu Xiaoting Kangyang Leisure Town Project held a signing ceremony on the spot. Based on the principles of equality, mutual assistance, common development, and win-win cooperation, the Yichang government joined hands with the Changzhu Group. Promote the vigorous development of cities, empower regional industry-city integration, and bring a beautiful living environment. 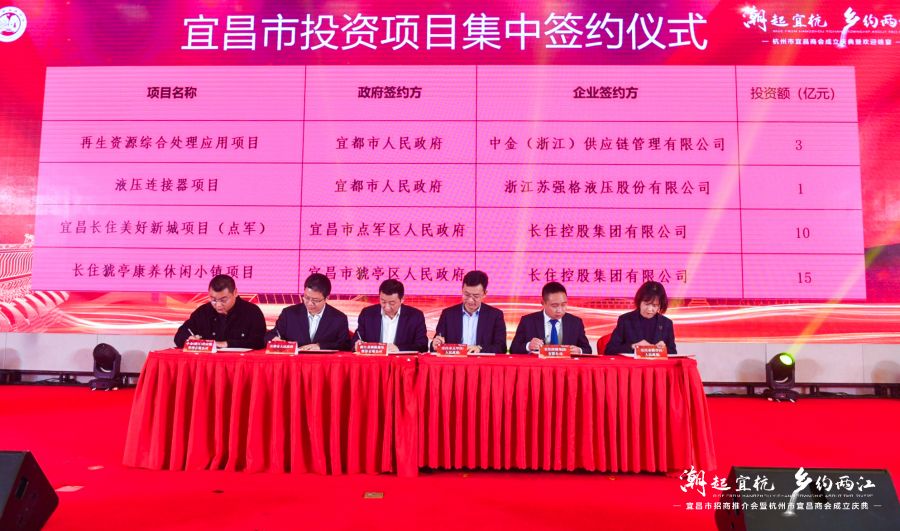 The Dianjun District is located in the south of the Yangtze River in Yichang City. It is named after the famous general of the three countries Guan Yu "patrolled Yiling and spotted military horses." The district covers an area of 533 square kilometers and has a total population of 115,000. It is one of the five main urban areas of Yichang City. The Dianjun District is the main battlefield for Yichang City to implement the strategy of “cross-river development and cross-strait development” and promote the construction of the new district. The region vigorously develops headquarters economy, trade logistics, culture, sports, health tourism and other industries. , Yiyang, Yile, Yiye" and other functions of the riverside ecological new city.

Changzhu Group intends to invest in construction projects within the Dianjun District and Xiaoting District. The scope of the project covers three major sectors: new urbanization, international education, and health care, and will be deployed in the fields of property management, agricultural industrialization, community commerce, and community medical care. . The total investment in the Dian Military Region is about 1 billion yuan, and the investment in Xiaoting District is about 1.5 billion yuan.

From the green mountains and beautiful waters of Yichang to the picturesque Hangzhou of the millennium, Changzhu Group helps the new urbanization process, stimulates new vitality in rural areas, and promotes rural revitalization through a deep understanding of the "two-mountain theory" and precise research and judgment of cities.