On the morning of July 31, the signing ceremony of the Pujiang Blue City Spring Breeze Wet Painting Green Pastoral Complex and the order agricultural contract was held in Wudalu Village, Zhengjiawu Town. 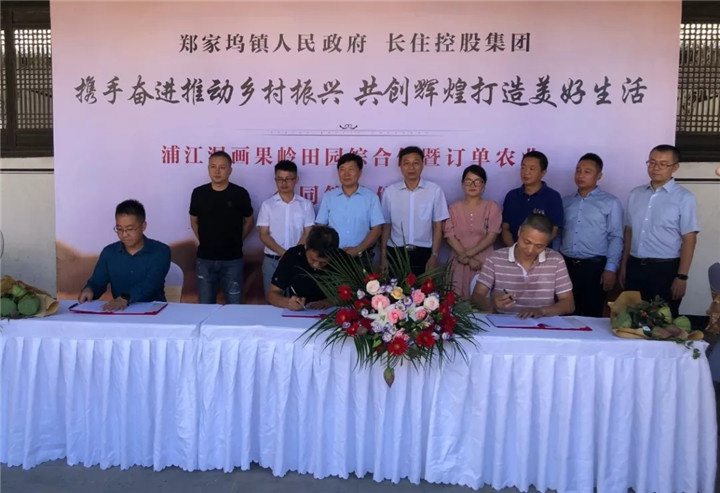 Taking the strategic development direction of Changzhu Group Company as the general guideline of the Blue City Chunfeng Changzhu Wet Painting Green Pastoral Complex, Changzhu Group will build a smart and intensive large agricultural industrial cluster based on ecology, agriculture as a guarantee, and health as the concept , To promote the development of the agricultural industry in Zhengjiawu Town and help the revitalization of the countryside. 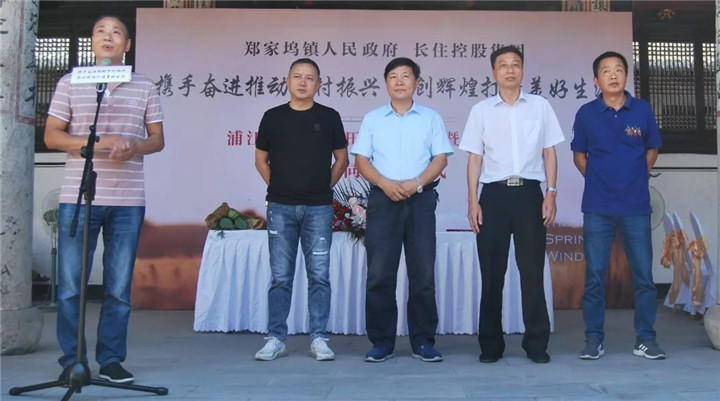 Changzhu Group is committed to building a better life project that is warmer than the city and more civilized than the countryside. The Blue City Chunfeng Changzhu Wet Painting Green Pastoral Complex in Zhengjiawu Town is the group's transition from traditional urban residential development to ideals A test field built by the town.

In order to build the project into a model of "sloping villages and towns" and "pastoral complexes" in Zhejiang Province, Changzhu Group will take Wudalu Village as the center to fully implement "pastoral complex order agriculture" and promote agricultural production in Zhengjiawu Town. The transformation of functions, models, industries and values will comprehensively enhance the comprehensive benefits and competitiveness of agriculture, truly make agriculture a promising industry, make agriculture a decent profession, and make Zhengjiawu a beautiful home for living and working in peace. At the same time, relying on the blue city spring breeze, the wet painting green pastoral complex, the "Community Supported Agriculture (GSA) Cultural and Creative Agriculture" model was launched to promote the integration of agriculture, tourism and cultural tourism, and promote the comprehensive development of Zhengjiawu. 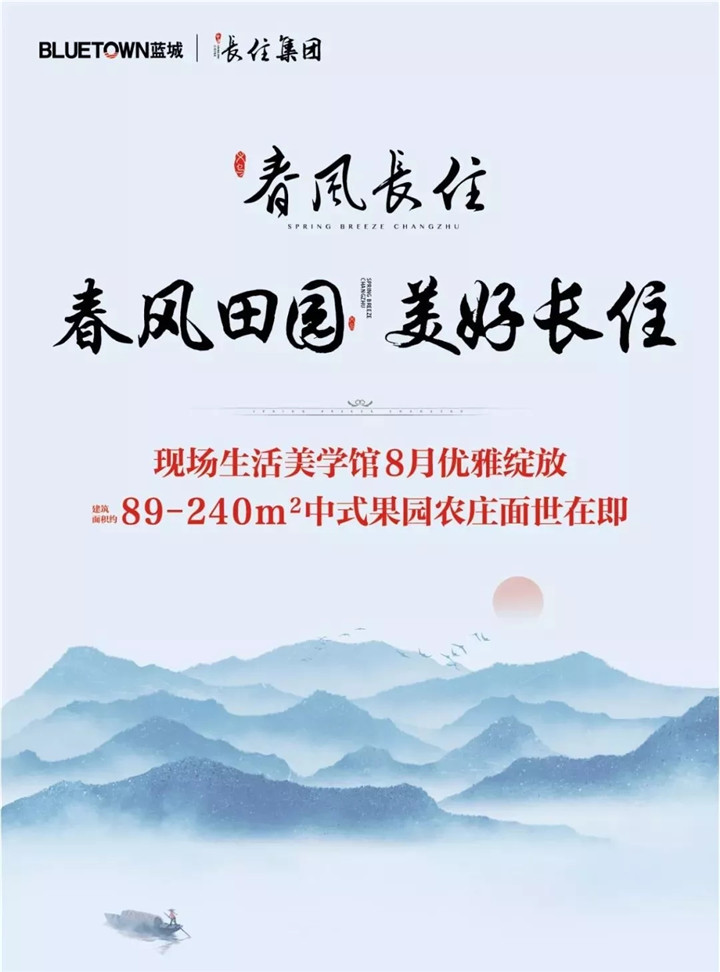 The project is promoted as "Blue City? Spring Breeze Long Stay", the developer is: Changzhu Holding Group Co., Ltd., and the agent is Shanghai Blue City Real Estate Co., Ltd. This promotional material is an invitation for an offer. The relevant content does not rule out changes due to relevant government plans, regulations and reasons beyond the control of the developer. The supporting information outside the red line is subject to the information released by the government. The company reserves the right to modify the promotional materials. Please pay attention to the latest information. The rights and obligations of the buyer and seller are subject to the "Commercial Housing Sales Contract" and the annexes signed by both parties.

Prev:A barren mountain will be built into a village "warmer than the city and more civilized than the countryside"
Next:Pujiang County Party Committee Secretary Cheng Tianyun and County Magistrate Yu Peifen and his entourage went to Zhengjiawu Town to "Shan Pin Chuang"-Site Investigation of Spring Breeze Changzhu Proje
Return